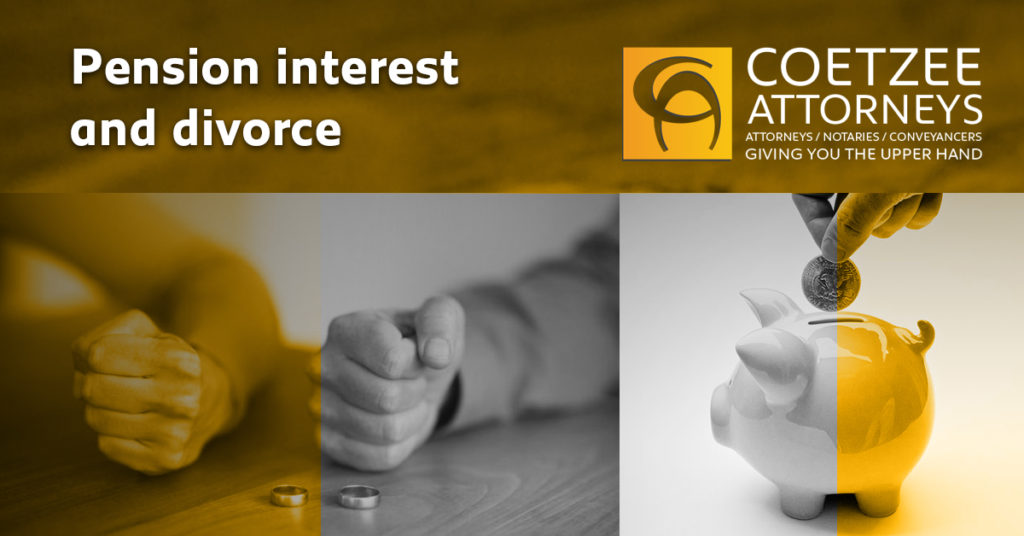 “I’ve been married for 20 years, but my marriage is in trouble and I’m facing the very real possibility that I may get divorced soon. My husband has a good pension that we’ve planned to use for our retirement, and I am worried that I will not be entitled to any share of that should we get divorced because we are married out of community of property with the accrual? Will this be the case?”

For purposes of divorce the pension interest in a pension fund, provident fund and/or preservation fund is defined as the benefits to which a member would have been entitled to in terms of the rules of such fund if his membership is terminated due to resignation, at the date of divorce. In layperson terms – it is the monies and interest accrued in the fund from the date of participation in the fund to the date of ‘deemed’ resignation and as such will not include the entire amount that the fund would pay out to the member at eventual retirement.

There is a common misconception that the pension interest for purposes of divorce is calculated from the date of marriage until the date of divorce, but as can be seen from above, this is not the case and parties should be wary of this when entering into marriage or contemplating divorce, and consider addressing this in their ante-nuptial agreement should the default position not be appropriate.

In terms of the ability to share in the pension interest of a spouse at divorce, the current position in our law is as follows:

In your situation, your spouse’s pension interest, calculated on the basis as indicated above, will form part of the calculation of accrual at divorce unless the pension interest has been excluded in your antenuptial agreement. It may be prudent to consult with a family law practitioner should the possibility of divorce become a reality.